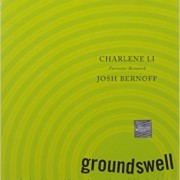 I realize I’ve not posted a book review on my blog since October of 2007. Ouch. I guess I’ve been busy. One of the two reviews that I did back then was for a book called The Wisdom of Crowds, Back in August of 2007 I reviewed The Long Tail. In July of 2007, I reviewed Wikinomics: How mass Collaboration Changes Everything. In April of 2007 I reviewed Linked. You may be sensing a bit of a theme. I’ve been watching the topic of the influence of the Internet and more specifically its ability to empower people — all people — to participate.

Groundswell is a book about this influence and how it’s changing things. It’s about how you can leverage this transformation to your benefit. It’s written by some Forrester analysts. They’ve worked with large organizations, they’ve run surveys, and they’ve provided their thoughts on how to support your organization with social media.

If you’re in a large organization and you’re struggling to understand the social media sites you’ve seen. If you’re trying to figure out how blogs are helping — and hurting your organization — then you’ll want to pick it up and read it. Unlike any of the other books that I’ve mentioned above, Groundswell is a manual for how to implement social media in your organization. I’m not saying that it’s a literal prescription for you. However, it does layout for you the kinds of things that you want to think about to get a successful project.

There are two key things — from my perspective — that you can take from the book. First, the idea of psychic currency — a non-monetary compensation that drives people to participate in the groundswell. Here’s the incomplete list presented (without the details the book provides):

The second thing is their four step planning process abbreviated as POST:

If you’re trying to figure out how these social events can impact your organization, Groundswell may help.