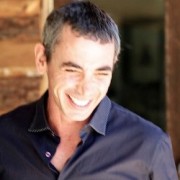 After reading The Rise of Superman I had the opportunity to catch up with Steven Kotler via telephone to learn about all of the projects that he’s got going on to help more people get flow more often. Here’s some of what he had to say.

When you’re talking to an expert on the state of flow the question of how to get more flow in your life seems obvious. Kotler’s response was clear. “I’ve eliminated everything in my life which doesn’t trigger flow.” For Kotler that means focusing on a few things.

Tapping into Altruism, or the Helper’s High, Steven and his wife run a dog sanctuary where they help rehabilitate dogs. Kotler describes it as one of the best ways to generate flow long-term and credits Allan Luks with the term Helper’s High.

Next for Kotler is his writing schedule. Crawling out of bed at 4AM every morning without fail he boots up his computer and his brain just enough to attempt to coax flow as the first thing he does. Writing for Kotler doesn’t always fall into flow but he continues to create the optimal conditions for it to happen. That means turning off distractions like email and the phone. Delving into the solitude of writing before his prefrontal cortex is fully awake he’s trying to get a rolling start on the day.

However, leveraging his deep knowledge of flow he creates a feedback loop with a staffer who reads his writing of the morning to provide feedback on tone, attitude, and interest. This is the grist for the mill that drives “immediate feedback.”

Physical activity and embodiment is another key trigger for Kotler who hikes the dogs through the mountains, goes to the gym, and hurls himself down mountains on skis or a bike regularly. This level of activity is risky as he admits to having been taken out of the game for several months this year due to injuries.

When I asked Kotler what he does when he struggles to get into flow with writing he admitted to having his personal list of things that he can do to get into flow. He also shared that he believes that there are primary flow blockers for him for writing. The first problem is insufficient research. Kotler reinforced this point more directly “I don’t believe my own bullshit yet.” I know how he feels. There’s a point where you know a lot of things and you’ve done a lot of research but it still hasn’t resonated yet.

Second, Kotler explains, that he doesn’t have his starts and endings yet. The most powerful paragraph in writing isn’t the last paragraph that summarizes the great insight that you’ve created. The most powerful paragraph in writing is how you pull the reader into the desire to learn. Endings are, of course, where you want to get to. While the end seems easy, I can say in my writing getting a crystal clear picture of the take away that you want someone to get from a paragraph or section can be elusive. You can know you want them to understand the feeling of flow and not understand exactly what part of that feeling to convey first.

Third, Kotler explains that he hasn’t gotten the style for the story yet. As a great storyteller, Kotler finds a way to tell stories that are compelling. Whether it’s from the point of view of where the athlete is going to land or from the twitchy, anxious feeling leading up to their downhill run, or the inner monologue as they’re slogging through the snow to get to the peak before the run. Every story has a way to be told and Kotler’s going to find it.

What keeps Kotler going is something called grit. “You can knock me down but I’m going to keep getting up because that’s what I do” says Kotler about his persistence. He explains “I’ve succeeded at everything that I’ve done, except those things that I’ve pulled the plug on too early.” Kotler broke grit down into three levels.

Second, thought control is essential. Left to their own devices thoughts will spiral out of control. If you can’t keep them in check or if you can’t recover you won’t be able to stay in the game long term. Eventually you’ll grow weary. (See Dialogue for a conversation about how Akita master Richard Moon speaks of balance and recovery.)

Third, is how to achieve flow when the conditions are hard? Kotler admits this is a tough nut to crack. In my world I share an office with my administrative assistant and my developer. While any of us can go to the studio if we need quiet time, often we’re all working together in the same room seeking out flow. Shared space isn’t ideal to individual flow. We make it work through shared understanding that we don’t purposefully interrupt each other. We also use ear buds to block out the standard movement sounds of the others. However, my hacks for changing the environment to improve flow only work for the specific environment here. Like Kotler I struggle to generate flow while traveling and in areas of my life where flow isn’t encouraged.

Kotler and I wandered a bit off the straight and narrow for flow as we talked about the Internet of Things and how it would begin to suck up bandwidth on the Internet. We’re both excited that the technology for sensors is getting better and is making opportunities to monitor human states easier and creating more data for accessing how much time people spend in flow – and thereby giving us clues how to create more flow and to make it deeper for everyone – but starting with Kotler and I.

If you’ve not checked out any of the projects Kotler has been working on to drive more flow into everyone’s lives, check out the Flow Research Collective or check out his personal site.