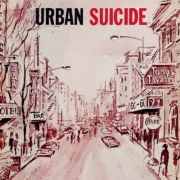 What are the forces that drive suicide?  How is it that we’re reducing the material suffering of the globe (albeit too slowly), yet suicide rates are going up?  Ronald Maris shared his work Social Forces in Urban Suicide back in 1969.  Admittedly, it’s been a while since, but there are several insights about suicide that survive the test of time.

The Test of Time

Maris says, “Some years ago George Lundberg wrote that sociology is perhaps the only science in which a leader of a century ago would not be greatly handicapped if he should suddenly come to life again.  Although Lundberg’s dictum is less true of contemporary sociology, it is still uncomfortably close to the truth” (p. 3).  It’s one of the aspects of suicidology that has allowed me to quickly traverse back decades in time – or, in this case, half a century.  It seems like what we believe and what we know hasn’t really changed substantially in a long time.  That’s sad and scary, and it should be a call to action.

It’s not to say that we’ve learned nothing – we have learned some.  However, it is to say that the rate of learning is painfully slow, and in the meantime, thousands of people die each year.  We’ve got to find a way to change that.

One of the key challenges in the study of suicidology is the tension between Durkheim’s work in statistical analysis of societal rates and the individual, psychological approach of Karl Menninger (see Man Against Himself).  A society and the problems that are associated with it aren’t the sum of individuals.  They’re not, because the organization of individuals matters.

Individuals interact in systemic ways that creates and is created by the society.  It means thinking about problems from the perspectives of systems thinking and wicked problems.  (See Thinking in Systems for more on systems thinking and Dialogue Mapping for more on wicked problems.)  We can’t take apart a society and, by seeing the individuals, understand how it works together.  Francis Fukuyama explains in Trust that even the balance of trust moving between society or cultural anchors and familial anchors has a profound impact on society.  Robert Putnam observed small changes that, over time, has changed the basic fabric of the American life.  (He cataloged these in Bowling Alone and Our Kids.)  Chuck Underwood in America’s Generations exposes how subtle events in the lives of various generations have resulted in large changes in the attitudes of the generation.

Sociology is concerned with the way that individuals interact in societies and institutions.  It’s no surprise that the question arises about the degree to which society impacts the suicide rate – and how those influences are seen in the society.

This, however, exposes control structures built into the fabric of society.  We see instances of this in the laws and social customs of a society.  The Righteous Mind separates these social conventions from moral imperatives.  Anatomy of Love exposes how laws may or may not expose the true social customs.  We find that while adultery is codified in many laws, it’s only if you get caught that it is a problem.

We may be facing a time when social constraints are losing their control.  In Alone Together, Sherry Turkle explores the changes we’re facing because of the rapid rise of technology.  She shares a concern that we’re simultaneously more connected and less intimate.  We’re less deeply enmeshed in a community, because we can reach out beyond our geographic bounds, and that’s making us less dependent upon our neighbors and our community and therefore less bound by the conventions.

Bandura’s work in Moral Disengagement leads to clues.  As we find that we’re accepted in other places and there are simultaneously fewer repercussions of failing to follow social conventions, they become more normal and acceptable.  The diffuse nature of our new world is cutting the underpinnings of the social conventions of moral behavior from underneath us.

Despite the weakening, there remain many ways that social conventions drive our behavior.  For instance, even during the LA Riots in 1992, people parked inside of the parking spot lines.  Sometimes, our behaviors are wired so deeply down that we don’t violate them even when we’re being lawless.

We actually crave the rules of social convention.  It eases the pressure for being ourselves.  We don’t have to figure out who we are if we can just conform to social conventions.  Just as it’s easier to have constraints to create (see Creative Confidence), it’s easier to live when you know what the rules are.  Compelled to Control makes the point that everyone wants to be controlled but no one wants to be controlled, but this comment applies primarily to person-to-person relationships.  It doesn’t apply to society-to-person relationships.  Certainly, anything can be taken to an extreme where it can be rejected, but in the normal case, knowing the conventions and rules allows you to predict the future behaviors of others, and that is sacrosanct for humans.

We want freedom – but inside the bounds that we set.  Too much, and we feel micromanaged; not enough, and we feel lost.  It’s what happens to “empty nesters” when their children leave the house.  They’re suddenly given a great deal of time, and they don’t know what to with it.  The expectations when you’re a parent of a child in the house leads to a desirable predictability.

Some have speculated that one of the factors in suicide is excessive individualization.  This wasn’t Maris’ conclusion.  This is consistent with the preceding references.  It’s not that someone is an individual that matters – in fact, accepting oneself might protect against suicide.  (See How to Be an Adult in Relationships and I Thought It Was Just Me (But it Isn’t).)  Instead, it’s the unwinding of social connections – or negative social interactions – that appears to lead to suicide.

Settled but Not Settled

Maris’ research showed something odd.  There was some belief that suicide was done by transients and people whose lives were characterized by relational, home, and work chaos.  However, the research showed that almost 30 percent of those dying by suicide were in their place of residence for 41 years or more.  While this shows the same elderly suicide skewing that exists elsewhere, it simultaneously challenges the notion that all suicides are the result of instability and uncertainty.

It can be that these people felt there was nothing left to live for, that they couldn’t maintain their life, or a variety of other possibilities, but the result was the same.  Sometimes, seeing how people are unsettled internally can’t be measured by external factors.

Alcoholism raises its head here as a form of slow suicide.  While, at one level, this makes sense.  There’s increased probability of suicide and certainly comorbidities.  However, the nuanced view wonders where the line between alcohol as a coping skill and alcoholism exists.  The answer is generically compulsion and negative consequences – but that’s not a clear bright line.

As much as I’m not a fan of alcoholism because I’ve seen the havoc it can cause, I’m also not willing to condemn everyone that drinks alcohol as being on the path to suicide.  I think that, for me, there are bigger Social Forces in Urban Suicide.