Our two principals, Robert and Terri Bogue are accomplished experts in many fields. Rob and Terri speak to many groups and continue to expand their speaking audiences. If you are looking for a bio for Rob or Terri for their speaking engagement with your group, feel free to use one of the below biographies.

Robert Bogue is a father, husband, community leader, and servant with over a dozen years in business. A passionate learner and educator, Robert has editor credit on over 100 books, author credit on 28 books and numerous courses. Robert is also a recovering technologist with 19 years as a Microsoft MVP. He reads and reviews a book each week on non-technical topics, distilling the wisdom of many into a set of discovered truths. His Confident Change Management course (www.ConfidentChangeManagement.com) helps professionals of all career stages make impactful changes in their organizations. You can follow Robert on his blog at www.ThorProjects.com/blog. 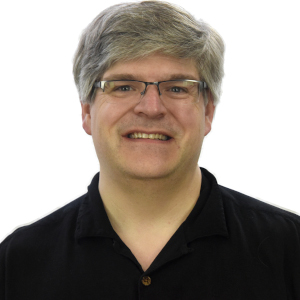 Robert Bogue has a driving passion for delivering solutions through both teaching and learning. His drive for resolving problems is fueled by his creativity and innovation – by his ability to find solutions that others cannot find. His experience in the technical world has given him a unique opportunity to learn how to solve problems both in a technical sense and an organizational sense well before problems arise.

Robert is a community leader and has owned his business for over 10 years.  He has authored 28 books and has been an editor for over 100 additional books.  Robert strives to be better today than he was yesterday and achieves this through his strategy, facilitation, elicitation, coaching, and mentoring techniques and skills. He has received the prestigious Microsoft MVP designation nineteen times.  He combines his love for emotional intelligence, communication skills gleaned from working in the IT world and having to talk to others, and his dynamic presentation skills to help change lives one at a time.

Robert is an engaging presenter who speaks at local, regional, national, and international events. He has spoken to tens of thousands of professionals. Robert has fine-tuned his ability to focus others into effective communicating to create a wonderful experience for his audiences. He can bring together all departments of an organization to help build communication bridges to increase employee satisfaction and therefore increase efficiency within the organization. He is committed to “making the complicated, simple”. His approach to continual learning has led him to be an expert in instructional design and video production.

Robert can be reached via email at Rob.Bogue@ThorProjects.com and via telephone at 317-844-5310.

Robert’s a professionally trained comedian, private pilot, dog lover, and a loving husband and an enthusiastic father. He lives in Indianapolis, IN.

Robert Bogue is a thought leader on all things SharePoint and an engaging presenter who speaks at events around the world. Rob has been awarded the Microsoft MVP designation nineteen times, and earned recognition as a Microsoft patterns & practices Champion. Rob holds certifications from Microsoft: MCPD, MCITP, MCTS, MCSA: Security, MCSE as well as CompTia: A+, Network+, Server+, I-Net+, IT Project+, E-Biz+, CDIA+. Rob also served as a team member for the SharePoint Guidance.  He is the author of 28 books. Robert is committed to “making the complicated, simple.” Find out more about SharePoint made simple at, http://www.SharePointShepherd.com and follow Rob’s blog at https://thorprojects.com/blog/.  You can also contact Rob at Rob.Bogue@ThorProjects.com or 317-844-5310.

Robert is a remarkable leader with passion for creating the right solutions through both teaching and learning. His drive for resolving problems is fueled by his creativity and innovation – by his ability to find solutions that others cannot find. His technical depth and expertise allows him to evaluate problems with the implementation of potential solutions well before the implementation phase.

Robert started out as a developer writing C on a Digital Equipment Corporation VAX in 1991 for a telecommunications company and from there became the LAN administrator for a manufacturing company. Robert then worked for a rapid prototyping company which then led him to become a consultant. Robert has been a consultant for the last 15 years, mostly as an independent consultant, but also with a large consulting organization.

Today, as owner of Thor Projects, LLC, a premier consulting firm, Robert supports organizations that are installing or have installed Microsoft SharePoint. From development to infrastructure to improving adoption, Thor Projects helps its clients succeed with SharePoint. Robert’s clients include: Microsoft, Eli Lilly and Company, Roche, Thomson Multimedia, State of Indiana Office of the Attorney General, State of Indiana Bureau of Motor Vehicles, the City of Indianapolis, Sallie Mae, ITT Educational Services, Pearson Education, the Ohio Bureau of Workers Compensation, the Indiana Compensation Rating Bureau, Xerox, and many others.

Robert has been recognized with several industry awards. Microsoft awards professionals for their contributions to the community each year with a Most Valuable Professional (MVP) award. Robert has received this award nineteentimes for his work with Windows Server Networking, Commerce Server, and most recently Microsoft SharePoint. Robert has also been recognized as a Microsoft patterns & practices Champion for his work in helping Microsoft’s patterns & practices group to create the SharePoint Guidance – to help developers build the right solutions on SharePoint.

Robert is an engaging presenter who speaks at national and international events in addition to local and regional events. Robert has spoken to tens of thousands of professionals at Advisor Live!, Dev Connections, the Office Developers Conference, the SharePoint Conference, and Microsoft TechEd both in North America, Europe, Middle East, and Africa.

Since 1991, Robert has been editing and writing books. As an editor on over 100 titles, Robert fine-tuned his ability to focus others into effective communicating. In his own writing, now totaling 28 books, he’s covered the gamut of information technology. Robert has written on database topics like Paradox and Access, infrastructure topics like Windows networking as well as PC and server hardware, and on the topics of Internet and mobility technology.

Robert has also been a prolific article and whitepaper author, having written on technology and methodology such as effective IT management, small business IT needs, software development, SharePoint, and dozens of other IT topics. Robert has contributed to Tech Republic, Developer.com, CodeGuru.com , Pocket PC Magazine, Advisor Guide to SharePoint, Microsoft Certified Professional Magazine, Intranet Journal, The Indianapolis Business Journal, Executive Excellence Magazine, ECM Connection, DevX.com, Certification Magazine, Cert Cities, and for MSDN Magazine. Robert’s had a weekly column at Tech Republic focused on the issues of managing IT in a small business called Strategies That Scale. He’s written several whitepapers for Microsoft which have appeared on both Microsoft MSDN and Microsoft TechNet.

Robert’s a professionally trained comedian, private pilot, dog lover, and a loving husband and an enthusiastic father. He lives in Indianapolis, IN.

Rob brings a unique combination of skills and unique perspective to the battle against healthcare associated infections (HAIs). As a consultant specializing in improving organizational effectiveness with technology, communication strategies, and systems, he reduces HAIs through supportive practices, educational programs, and interdisciplinary collaboration. His study into psychology, neurology, relationships, organizational change, and psychosocial impacts provides insight into how to change practice, not just policy. Rob’s educational background, including authoring courses for Lynda.com, Microsoft, Red Vector, Pluralsight.com, and others, allows him to create toolsets that impact healthcare providers at the bedside. As an accomplished keynote speaker, facilitator, and trainer, Rob is as comfortable with the bedside staff as he is in the boardroom. He’s capable of communicating issues and challenging organizational leadership in ways that allow them to better support the staff and get better outcomes. His passion to help eradicate HAIs drives him to look outside the box to find impactful solutions. His Confident Change Management course (www.ConfidentChangeManagement.com) helps professionals of all career stages make impactful changes in their organizations. Rob can be reached via email at Rob.Bogue@ThorProjects.com. Follow Rob’s blog at www.ThorProjects.com/blog.

Terri Bogue began her career in nursing more than 30 years ago and has practiced in both bedside and leadership positions. Terri’s expertise centers around the prevention and reduction of healthcare-associated infections (HAIs). Her experience as a Clinical Nurse Specialist implementing quality improvement projects has provided a unique systems approach to her work. She has the ability to develop practices and support at the bedside that enable staff to provide the care required to significantly impact bundle compliance and nurse workflow efficiency, engagement, and success. Terri is an accomplished speaker and author on topics related to the impact, prevention, and reduction of HAIs and inter-professional practices, and shares her knowledge in an engaging and encouraging manner. A consultant to hospitals and healthcare systems, Terri provides support related to practice standards and the development of solutions to HAI prevention challenges. 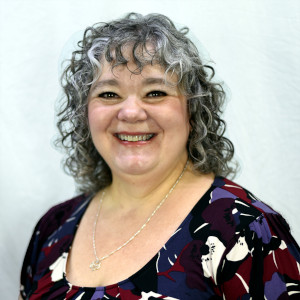 Terri’s entry into healthcare started in 1982 when she began emergency medical technician (EMT) school. This led her to a rewarding career in nursing. In 1987, Terri graduated with her Bachelor of Science in Nursing. During her formative years as a nurse, she experienced geriatrics, adult cardiac populations, home care and pediatrics. She found her passion in pediatrics and practiced there until the ties of motherhood called her home. Terri spent many years homeschooling her six children and helping run a home office managing rental properties.

When she returned to nursing, she headed directly to the pediatric intensive care unit (PICU) at Riley Hospital for Children. Here, she experienced the impact of healthcare-associated infections (HAIs) firsthand. She saw the pain from these infections not only in patients but in their families and the staff as well. This gave her a passion to reduce HAIs. The urging of a friend to cover an opening designed for a clinical nurse specialist in the PICU changed her path forever. Soon, Terri realized that preventing HAIs was her mission. She returned to school in 2011 to get her master’s degree in nursing and become a clinical nurse specialist (CNS). In this role, she could work with nurses and systems to develop the best outcomes for patients. Soon, her role expanded to preventing HAIs from the smallest neonates in the neonatal intensive care unit to adults in the intensive care unit.

Following the urgings of her heart, Terri left the hospital environment in 2016 to join her husband, Rob, by sharing her talents with other healthcare facilities wanting support in reducing the frequency of HAIs in their patients. Her skills include the implementation and support of evidence-based bundles, connecting supporting practices and knowledge to bundles, learning from previous HAIs to impact the future, and building the interdisciplinary team necessary to truly impact patient outcomes.

Terri Bogue is a mother, wife, and clinical nurse specialist. Her nursing career has spanned over 30 years and has focused on keeping children and their families safe and improving interpersonal communications to change outcomes. Terri is an accomplished speaker and author on topics related to communication, patient-centered care, and the impact, prevention, and reduction of healthcare-associated infections. In an engaging and encouraging manner, she shares her knowledge on maintaining appropriate boundaries, both professionally and personally, resolving and de-escalating conflict, and preventing and recovering from burnout. You can contact her at tbogue@thorprojects.com.